An award marked by the myth 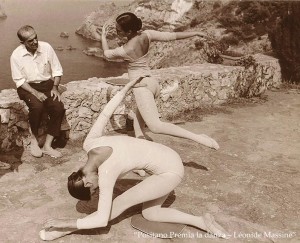 Positano has been attracting the greatest dance artists since the 1920s of the last century, when one of Diaghilev’s assistants settled in the town nestled on the Amalfi Coast. The assistant hosted Lifar, Bakst, Nijinsky, Stravinsky (in addition to personalities of the art world such as Picasso and Cocteau). Then the ballet dancer/choreographer of the Ballets Russes, Léonide Massine fell in love with the place so much that he purchased the islands facing Positano, known as Li Galli, and established his residence there. After him, Rudolf Nureyev purchased Li Galli and made it his favorite haven.